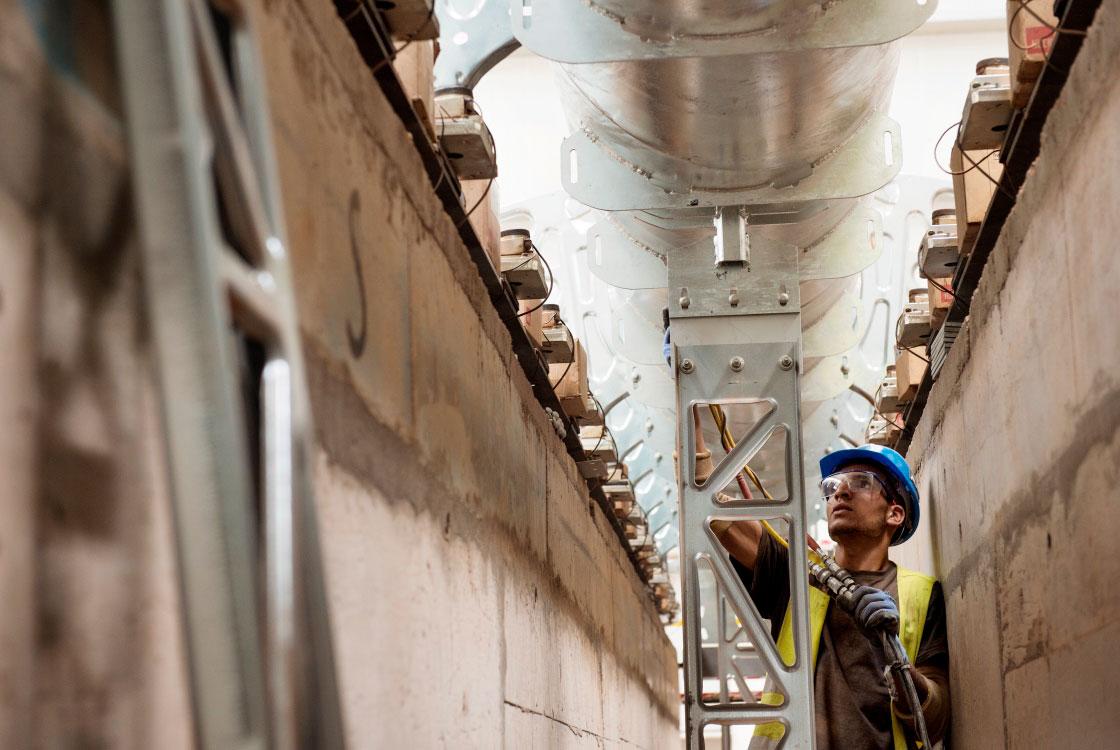 © Francesco Zizola / AFD
Over 102,000 tons of equivalent CO2 and 354 GWh of energy a year. These are the savings made by 230 Moroccan companies thanks to the initiative of four European donors, including AFD. In 2014, these donors, supported by the European Union, launched a joint program to support energy efficiency and renewable energies in Morocco.

This program is called MorSEFF (Morocco Sustainable Energy Financing Facility) and gathers the European Bank for Reconstruction and Development (EBRD), the European Investment Bank (EIB), KfW, the European Union and AFD. Together, they have allocated several credit lines for a total amount of EUR 110m to two of the main commercial banks in the kingdom, BMCE Bank(formerly Banque Marocaine du Commerce Extérieur) and Banque Centrale Populaire (BCP), in order to support and improve their range of financing for sustainable energy projects.

Almost all the funds earmarked for banking partners in 2015 and 2016 have now been allocated to project initiators, with a significant impact on both the climate and the competitiveness of the beneficiary companies. The 17.05 MW of new installed renewable energy capacity in the context of MorSEFF, along with the energy savings, also contribute to achieving the objectives set out in Morocco's energy strategy and to meeting the significant commitments the kingdom made in the context of the Paris Agreement and COP22 in Marrakech.

The interest of cooperation between donors

The impact would not have been the same without this inter-donor cooperation. The institutions have not only been able to coordinate their efforts, but also to agree on the criteria to require from a high-quality energy project.

Additional support has been provided by the European Union via its Neighbourhood Investment Facility (NIF). This has financed technical assistance to support and build the capacities of partner banks, and the investment premiums required for the implementation of the program. The consultants recruited have also helped companies optimize the energy impact of their projects, as we can see on the program website. For example, in 2015, when Tikida Group called on BMCE for the refurbishment of the Rivoli Hotel in Casablanca, it was given the option of benefitting from the MorSEFF range of services in addition to the loan already allocated.

“This has guided our investments”, says Jalil Benabbés-Taarji, CEO and Member of the Board of Directors of Tikida Group. “We have equipped the hotel with a new generation of cooling units, with an energy recovery system for heating hot water for sanitary use and for the swimming pool, heat pumps, double-glazed windows and LED lighting. This should allow us to save 2,000 MWh a year, i.e. 38% of energy compared to the baseline, while offering greater comfort to our clients”. Like the other program beneficiaries, the company was also entitled to an investment premium of 10% once the works had been completed.

The Moroccan industrial bakery Au Four Gourmet has also been able to benefit from this program: “Our new production line consumes half the energy, while producing three times more items per hour”, says Amine Korati, CFO of the bakery.

Since January 2019, and following a joint transfer mission conducted in late 2018, the monitoring of the program and the reflection on capitalizing on it with the private banking sector have been led by PROPARCO, AFD’s private sector arm.